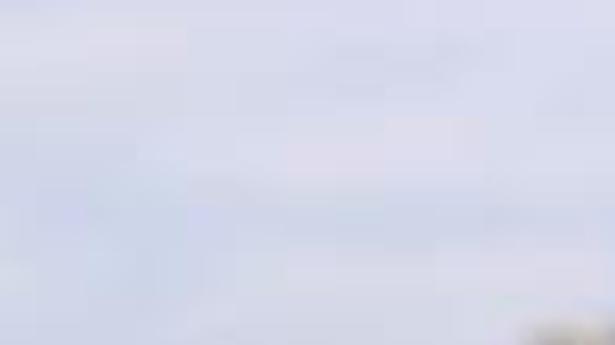 Connecting Across Borders: Singer Arjun Talks About His Musical Collaborations

When British Sri Lankan singer and songwriter Arjun Coomaraswamy (who goes by the name Arjun) recorded his R&B remix of “Why this kolaveri di” ten years ago, the young Cambridge-educated architect had no idea that it would go viral and forge a new career path.

The video, with Arjun singing in what looks like a casual home recording setting, has since been viewed more than 17 million times. “I feel old,” laughs Arjun, now 31, while acknowledging it was “life changing.” “It was the start of a sort of formula… taking a song from an Eastern context and putting my Western twist on it,” says the singer, who was in Colombo recently to catch up with the cricket star, among other friends. Dimuth Karunaratne.

Born in Colombo, Arjun grew up in London where his parents moved when he was very young. His father Indrajit Coomaraswamy is a renowned Sri Lankan economist and former Governor of the Central Bank of Sri Lanka. Arjun’s mother Tara de Fonseka’s interest in jazz and Western music drew him to music in his early years. “When I was young, it was mainly Western music that interested me; R’nB and pop, mainly. I learned to play the guitar and felt like “that’s my thing!”.

Later, growing up in the midst of the South Asian diaspora, he experienced a generous dose of Bollywood and other regional music. “I was around Punjabis, Bengalis and Pakistanis, attending their parties, weddings, where I was exposed to a lot of their music. It intrigued me.

Within a few years, Arjun discovered that he had absorbed these different sounds, organically. He was able to produce his own music, bringing a distinct east-west sensibility to melody and lyrics. This is perhaps what spoke to the dozens of young South Asians who grew up in the West. For them, his music represents “the house”; his recent English remix of ‘Raatan Lambiyaan’ from Shershaah is a classic example of his style.

The encouraging response to his English version of “Kolaveri”, released in December 2011, prompted him to try remixes of popular Hindi numbers and Kollywood hits. Very quickly, Arjun attracted more than a million listeners to his YouTube channel, his “game changer”. This saved him from tedious marketing, while helping him reach listeners around the world. In 2014, the T-series label signed a deal with him. “It was a big change for me,” says Arjun, who also later collaborated with Tamil film score composers Yuvan Shankar Raja and Anirudh Ravichander for Biriyani (‘Bay of Bengal) and Vanakkam Chennai (“Oh Penne”).

Even as the Indian market welcomed him, the young musician was eager to fulfill this “Western ambition”, as he began his career in London. “I signed a deal with Universal Music in the UK. It was my childhood dream to sign a deal with a major western record company.

And just as his artistic horizons were expanding, Arjun suffered an unexpected and devastating loss in 2018. His wife, colleague and “best friend” Natasha died of sudden cardiac arrest. “It made me learn that life isn’t just about a career; it’s about everything, and things happen to you. It was not easy to go back to work. Arjun took time to process it. After a while, he decided to channel his emotions into something positive and started raising awareness for heart health – doing charity walks, fundraising shows.

The grief gave him perspective, he says. “Once you lost someone who was so dear to you, your song not going well doesn’t really affect you like it used to. I used to get so stressed if a song didn’t get a million views, or if I didn’t get that many likes for a photo. That’s not to say the response to your work doesn’t matter anymore, but you know, you start to see everything differently.

About a year after his wife passed away, Arjun released a song, “One Last Time,” as a tribute. It changed the way fans engaged with him. “Suddenly we started connecting on a very basic human level. They shared their own personal stories and their losses. There was a sense of community and it was so heartwarming.

With that, he slowly got back into making music. This year, as many of Arjun’s Indian collaborations are set to take shape, he is also exploring the Sri Lankan music scene. Yohani’s song (“Manike Mage Hithe”), he notes, was “a game-changer.”